Happy Halloween!  What are your plans for this year?
Posted by Clementine Dahling at 9:45 AM 4 comments: Links to this post

This Halloween I have forsaken my beloved steampunk subculture for the sake of Batman comic goodness.  My friend Nim insisted that several of us lady steampunkers should dress up as various Batman villains.  She claimed Harley Quinn, another of our number already had a Poison Ivy costume, and... I was given Catwoman.

For inspiration I decided to do a complete mash-up of the various Catwomen from film versions.

I purchased a vinyl suit for the purpose, recommended by the vendor of Black Hearts Clothing: 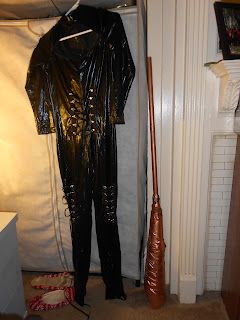 Then this cheap black mask: 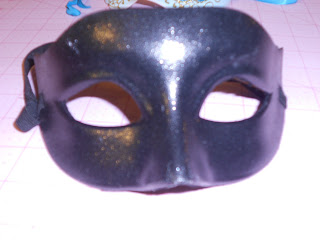 And who could forget the infamous bullwhip?  I really wanted one as just a cheap prop for my costume, and obviously a real bullwhip would be quite expensive.  After some internet research I discovered how to make a simple bullwhip out of black duct tape from this written and this YouTube tutorial: 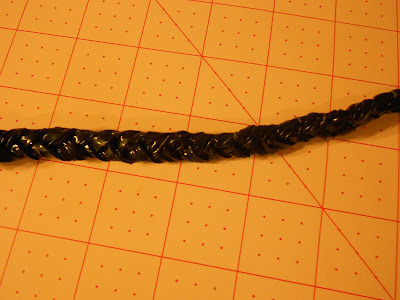 I think it turned out very well for only $5 and half an hour of my time, don't you?

The costume in full at the Monsters, Music, and More charity event on Saturday: 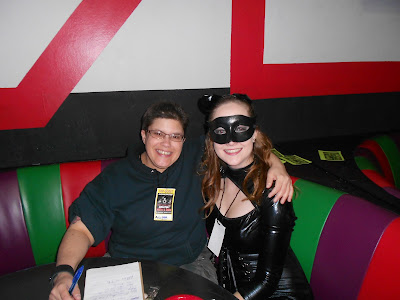 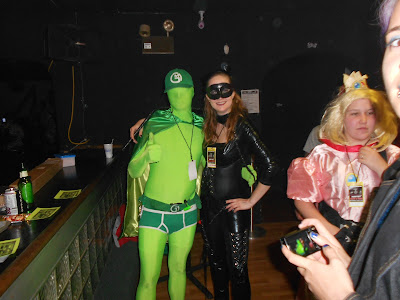 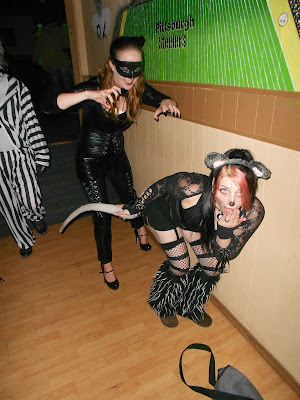 I had so much fun in this costume, and plan to wear it to at least two more Halloween parties.  What will you be for Halloween?
Posted by Clementine Dahling at 9:32 AM 3 comments: Links to this post

the victoriana and strangeness of columbia, sc

I've been back from South Carolina for a week now.  I promised to have photos of me in a dirndl, as well as my sister Margarete in her medieval dress made by yours truly.

Unfortunately Margarete got sick the last day I was there, so there was no Renaissance Faire for us.  Instead I went to the South Carolina State Museum and the SC Confederate Relics Room and Military Museum.

The museums provided a lovely, refreshing course on Southern history, especially focusing on the American Civil War and Reconstruction eras.  I took photos, but also made the mistake of deleting all of my photos that I took later that day.  Thus I lost photos of the steam engine replicas, the first telephone replicas, the textile industry displays, and most importantly, the Victorian-era "hair-craft" displays in both museums- especially the wreath made entirely out of human hair.

Instead here are some [bad] photos of an evening outing we had at a pub called The Whig in Columbia, SC, a very unique underground pub with a bit of a Trundle Manor feeling:


The important thing is I got to spend quality time with my twin sister, who I miss dearly.  I really do hope she moves closer to me when she is done with her schooling so we can hang out more often- this is my best friend and worst enemy we're talking about!  And yes, it is a "twin thing."

Posted by Clementine Dahling at 10:31 PM No comments: Links to this post

Cathy, one of my coworkers, has been cleaning out her old sewing supplies over the past few weeks. As she was digging through them she came across two patterns from Butterick that she thought would interest me, so she offered them to me. I eagerly accepted them. Is the next step for me historical Victorian costuming? 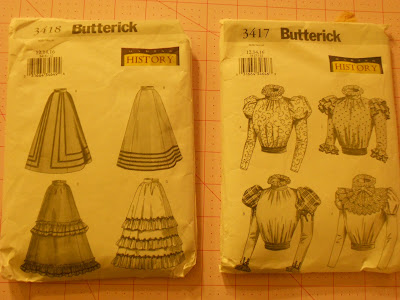 I do worry about the skill level I will need to achieve to complete these pieces. Simplicity is really all I am confident working with right now. Fortunately I do have a few Simplicity patterns to get through before I would even attempt these Butterick ones. But I’ll have them on hand, just in case I need them sooner than expected.

Cathy also gave me a Victorianesque vintage collar piece that she thought I might put to good use. Maybe for a little girl’s dress- that collar is extremely tiny! 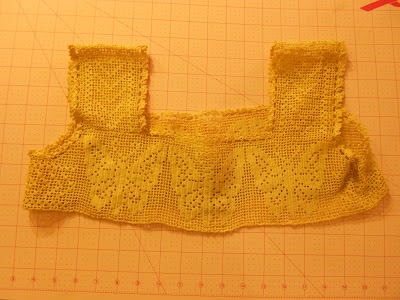 Isn’t the butterfly pattern on this piece gorgeous though?
Posted by Clementine Dahling at 11:03 AM 6 comments: Links to this post

For the past two years that I have been living on my own I have had a severe lack of Halloween decorations- mostly because it was not in the budget for me, a "just out of college living on her own for the first time gal."  Now I've upgraded a bit.

On my apartment door is this happy fellow... 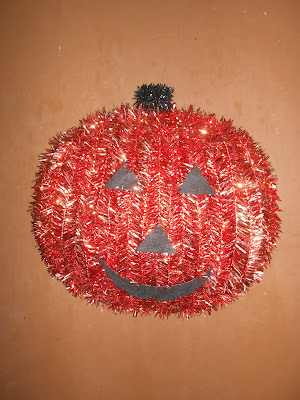 ...followed by this narrow hallway of lights: 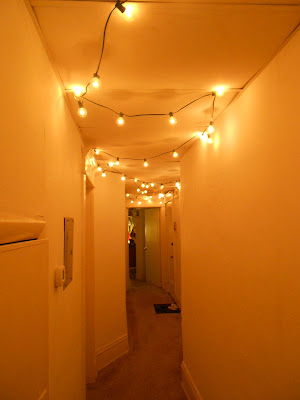 The living/dining area has some small touches, including my vintage tea tins and my steampunk witch hat: 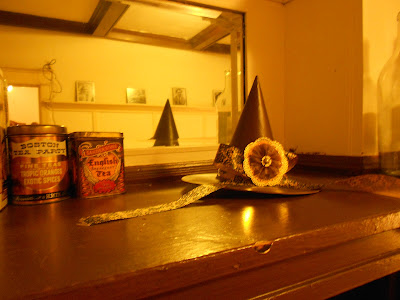 And a smattering of mini pumpkins my one roommate gave me to decorate the place (apparently none of my roommates want to actually decorate our humble abode, so they let me do whatever I want/can): 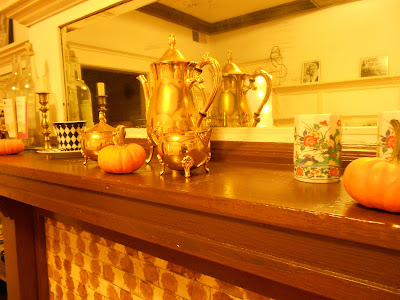 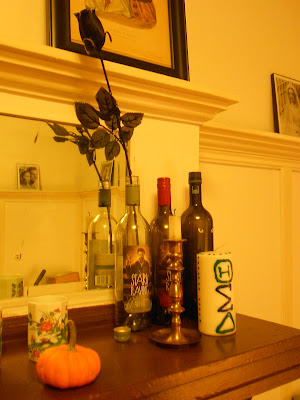 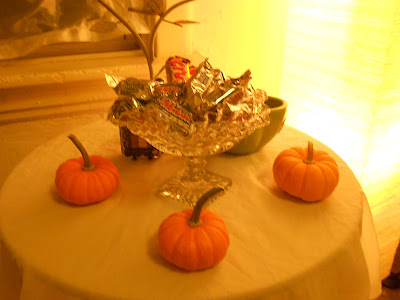 Speaking of decorations, here are the only two truly "steampunk wines" I have ever come across- the brand "Stark Raving:" 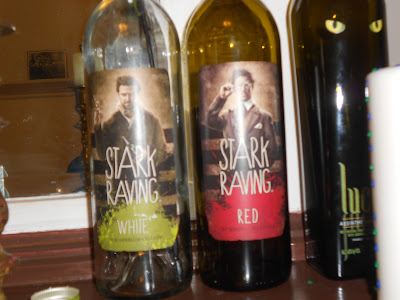 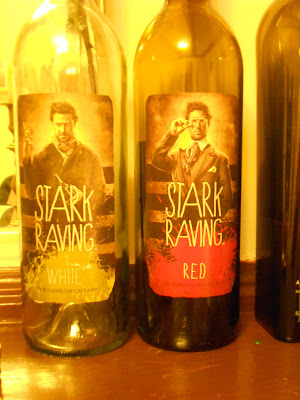 I filched these bottles from steampunk parties at the Trundle Manor, because I love the graphics on the label- so reminiscent of steampunk.

Also, my owl salt and pepper shakers from Target, just because they're cool: 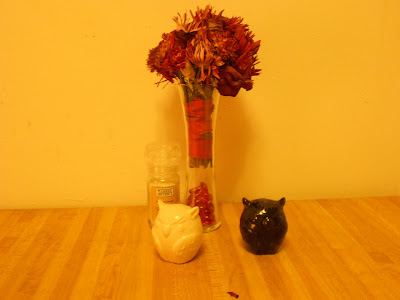 I also received some nice Halloweeny items from my decidedly non-Goth older sister, who just loves decorating for the holidays and wanted to thank me for a favor I did for her at the beginning of the month with spooky merchandise:

Then there are the variety of costume items I have purchased for myself, such as this Target "Victorian" hat: 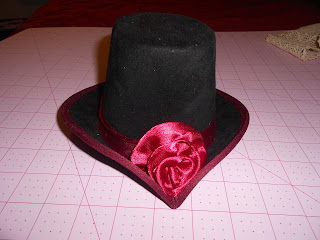 This masquerade masque from CVS- an item many of my steampunk friends highly complimented before discovering that is was from a drug store, and then didn't believe me until I heavily insisted that I had only paid $5 for it at a local CVS: 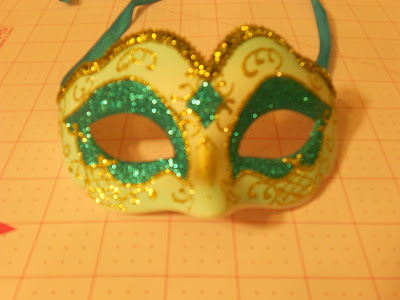 And the vinyl suit that will make up the clothing part of my Catwoman costume (with my steampunk witch broom next to it:

What will you be for Halloween?  What kind of Halloween decorations do you keep around the house?
Posted by Clementine Dahling at 11:40 AM 1 comment: Links to this post

unwoman at the trundle manor

Unwoman (Erika Mulkey), a cellist-singer from San Francisco, came to the Trundle Manor a few weeks ago to put on a performance.  And what a performance it was!

We were treated to over an hour of music in a style most similar to Rasputina- of cellist music accompanied by haunting vocals- all in front of a roaring wood stove fire:

Some waltzing was even attempted by the captive audience:

At the end of the concert I ended up buying two of her CDs.  Two of my favorite songs are posted below:


Give this talented artist a try- purchase one of her CDs on her website, and check out when she will be in or near your area next!
Posted by Clementine Dahling at 10:12 AM No comments: Links to this post


I meant to write a piece about this marvelous exhibition before it opened at Carnegie Museum of Art. Unfortunately preparing for that exhibition, as well as the costuming deadlines I had in October, took precedence.

Inventing the Modern World: Decorative Arts at the World’s Fairs, 1851-1939 displays an array of decorative items that took advantage of new techniques, manufacturing methods, and materials to achieve the same look as hand-crafted pieces or create entirely new looks.

One example is this elaborately carved wooden piano:

Or is it? It’s actually a wood piano with paper mache that was placed in casts designed to look like the piano had been hand-carved:


Inventing the Modern World: Pianoforte from Carnegie Museum of Art on Vimeo.

For any lover of Victorian social and economic history, however, this exhibition pays great homage to the original Great Exhibition of 1851, started by Queen Victoria’s husband Prince Albert. The beginning of this exhibition is made to look like the Great Exhibition in the colors of the walls. Pieces from the Victoria and Albert Museum in London, the Toledo Art Museum, and the Philadelphia Museum of Art, have been temporarily loaned to be put on display.


Some of the items are just amazing, such as this room partition or screen:

It looks so like a choppy sea, but is actually made from thousands of strands of silk painstakingly woven together to depict an Asian sea in the morning, at a time when photography could achieve the same effect.

The most remarkable thing about this exhibition, however, is the way many of the creations influenced decorating designs decades after they premiered. Some of the pieces from the World’s Fairs of the early 1900s look like they belong in a 1920s home, while the items from the 1930s are more commonly seen in the living rooms and offices of the '50s and '60s.

New ways to make textiles with brighter colors, the use of new materials such as aluminum, and even new methods of producing old designs, make this a uniquely stunning exhibition to see.

As an aside, I never did get to dress up like a Victorian for the opening Gala for Inventing the Modern World. The Pittsburgh Opera never dropped off the clothing, and none of my Victorian clothes can be considered to be, without a doubt, historically accurate. Oh well.
Posted by Clementine Dahling at 11:30 AM No comments: Links to this post

I'm a sucker for ABC's 20/20 specials.  Unfortunately I think the reporting is a bit too biased for me to be comfortable with calling it good journalism.  But the show never fails to introduce me to a new and bizarre fad.

Such as this supposed diet fad that is not so new- the corset.

Having eaten food while wearing corsets, I discovered that tight-lacing really does reduce one's appetite- probably because it restricts the room available in your stomach for food, making you feel full sooner.  While I don't think such a diet method beats out healthy eating and exercise, and corsets do deform one's bone structure, it makes sense to see the corset as a Victorian woman's "weight loss" method, if only for restricting the space for food in one's stomach.

You can watch the segment from Friday, October 12's episode at the link below.

Posted by Clementine Dahling at 9:27 AM No comments: Links to this post